In Memory of Herman Nau (by Elisée Pyronneau) 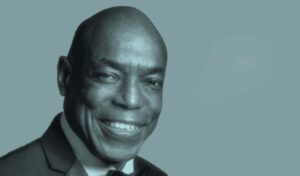 When Dadou Pasquet left Tabou, Herman reached out to me, (did not ask me) but told me, “You are going to play with Tabou Combo.” I had two hurdles at that time: I was in college finishing my associate degree, and I felt really uneasy and nervous replacing Dadou, one of the best guitarists I knew.

I spent nearly twenty years in the band, Herman became like a brother to me. He taught me quite a bit, both in music and in life, which I have internalized till this day. He then confided in me to write in manuscripts the songs of the band to declare them in S.A.C.E.M. in Neuilly Sur Seine in Paris, France. He also trusted me to do many horn arrangements for the band: Light is coming your way, Homage a Nemours Jean Baptiste, Tabou Mania, Kompa’m Se Pam, Marié Marié and many more.

Following my separation with Tabou, Herman and I kept close contact. He invited me to perform in Soirée De La Guitare Classique in Haiti in 2001 with some of Haiti’s finest and most talented musicians and guitarists: Ricardo Frank, Amos Coulange and others. When we conversed, he behaved as if I never left the band. I love Tabou Combo! My experiences with the band remain unforgettable. Everybody in Tabou treated me fairly with respect. I once declared Tabou Combo as one of the most legitimate and successful businesses of our land, Haiti

Herman’s death came to me as a dreadful shock. I recollect being with Herman at the beginning of the pandemic in March 2020 when I visited a friend Peter George in rehab. Upon hearing the news I started trembling, and became discouraged with life’s unprecedented anguishes, sorrows and agonies. I prayed for the families affected by this tragedy and ask God to bless them with strength and courage. Unfortunately, I was unable to attend the funeral due to some health issues.

Thanks to you Herman, I tasted stardom!

May Herman D. Nau’s soul rest in peace in the name and the blood of Jesus!!!